With an ever-growing shortage of new machinery in its nonwovens and technical textiles industries, the Russian government is considering lifting the existing duties on the import of machinery and equipment, which is not produced in the country.

Western sanctions against Russia and Russia’s countersanctions have resulted in the suspension of imports of some important high-tech equipment required by the country’s leading producers of nonwovens and technical textiles, posing a threat to their modernization. The situation is aggravated by the fact that Russian produced machinery still cannot replace banned Western supplies. In addition, despite all the promises, the Russian government failed to commission the domestic production of machinery within the country, which could be comparable to imports, in terms of quality.

In this regard, the Russian Union of Industrialists and Entrepreneurs (RUIE), one of Russia’s leading business associations, which represents the interests of Russia’s leading producers of technical textiles and nonwovens has already sent a petition to the national government and Central Bank, asking to them to consider the possibility of lifting the existing duties on the import of equipment and machinery for the industry.

At present duties on the import of machinery to Russia vary in the range of 5-10% of cost. At the same time the supplies are also subject of 18% VAT.

According to Alexander Murychev, vice-president of RUIE, at present imports account for 90% of the Russian market for machinery and equipment for the technical textiles and nonwovens industries accounts, 80% of which is supplied from the US and the EU states.

According to Mr Murychev, the abolishment of import duties will result in a significant increase of production volumes at the majority of Russia’s leading producers of technical textiles.

He added that this would also allow increasing tax profits in the federal budget, as well as to provide additional funds for producers for repayment bank loans (rates on which have soared in recent months and to increase funding of R&D activities in the industry).

During the 1990s customs duties on the imports of the industry’s equipment were at the level of 15-20%, which resulted in the growth of smuggling. In order to deal with it, the Russian government reduced rate to 5-10%, in accordance with international practices. The proposal has already been supported by the Russian Ministry of Finance. At the same time, according to an official spokesman of the Ministry, such a decision should be taken jointly by the governments of the countries of the Eurasian Economic Union of Russia, Belarus and Kazakhstan.

Georgi Petrov, Vice-President of the Russian Chamber of Commerce, said that the abolishment of import duties should help to complete modernization in the national industry of nonwovens and technical textiles, which has almost fully been suspended since the middle of 2014, after the beginning of the economic crisis in Russia and devaluation of national currency, the rouble.

He added that in order to complete modernization, producers should focus on the purchases of modern equipment, instead of the equipment of “yesterday’s needs” and the government plans to create conditions to stimulate this.

At the same time Georgi Petrov also said that the abolishment of custom duties on the machinery imports should become one of the first state measures, aimed at supporting the country’s technical textiles and nonwovens industries, while the next one should ensure an access of producers for cheap loans, rates of which in recent months have significantly increased, making the operations of the majority of Russian industry enterprises unprofitable.

In the meantime, analysts of the Russian Ministry of Industry and Trade have already welcomed the proposal of producers.

According to an official representative of Denis Manturov, Russia’s Minister of Industry and Trade, being one of most promising segments of the Russian light industry, the segment of technical textiles and nonwovens needs a certain relief period, that will allow local producers to import all the needed equipment, components and technologies from abroad without any huge financial burden in the form of high taxes and import duties.

At the same time, according to Manturov’s representatives, there is also a threat that Western countries may further tighten sanctions against Russia later this year.

Still, despite the optimism of producers, some Russian analysts in the field of light industry and technical textiles have already criticized the new initiative. According to Elena Belozerova, a spokesman of Goltsblat BLP, a Russian analyst agency, zeroing tariffs may cause problems in the social sphere, as it will result in its underfunding, which mostly takes place with the use of funds, generated as customs duties. 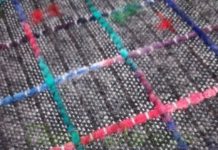 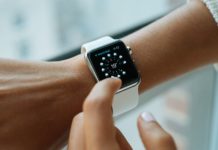 InduTech 2 November 2015
X
We use cookies to ensure that we give you the best experience on our website. If you continue to use this site we will assume that you are happy with it.Close